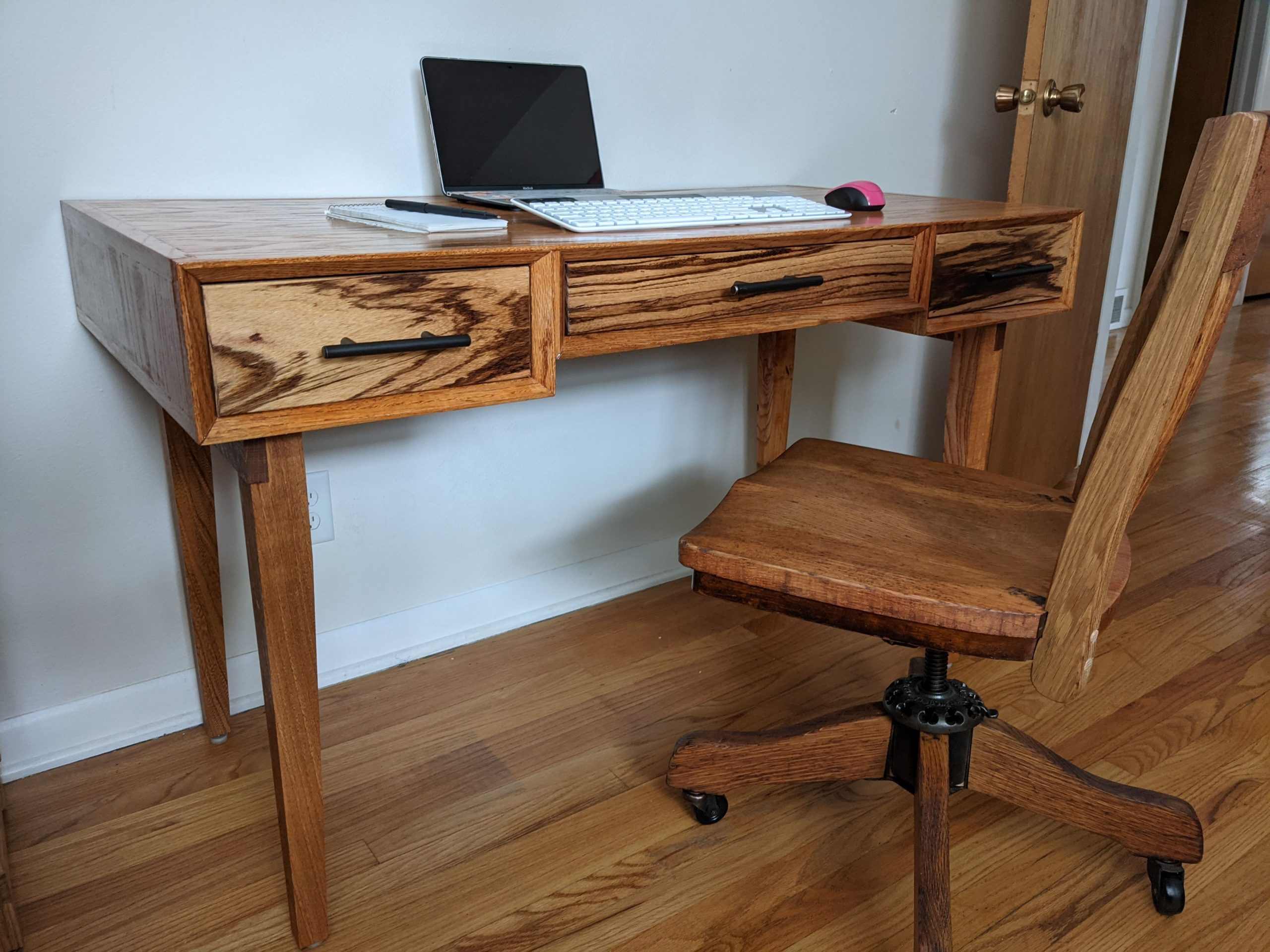 Nine months into a global pandemic, my wife turned to me from her tiny Ikea desk where she had been working from home and threw in the towel. It was finally time to admit we were going to be here a bit longer than we planned and that the small desk she was working on wasn’t going to cut it anymore. She sent me a couple links and asked if I could put together something for her. She indicated which one was her favorite, one from an online retailer of trendy furniture at prices that would require a couple weeks of working late to put in the down payment. The design, however, was straightforward but needed some refinements.

I sat down at the drafting table and began designing what would become my wife’s mid-pandemic treat.

The process for designing and building Ellie’s Mid-Century Desk was structured around three goals:

After much back and forth on some finicky bits, I settled in on a design and build method that would kick her Ikea desk to the curb. With some rough calculations, I estimated I could build the desk for somewhere between $200 and $300 which is less than half of what it would cost to buy the desk from the boutique.

To make my life easier, wherever possible I used the dimensions of the stock from the store. My shop is modest, so the less stock processing I needed to do to achieve the finished product, the better. That being said, 2×4 foot sheets of plywood were a lifesaver when it came to making my cuts. One nice sheet is used as the top. The drawer boxes and the drawers themselves were cut accordingly.

The legs are thick and sturdy and required me to mill up some stock for them, though you could easily glue together a couple pieces of store bought lumber to achieve the same thickness. The taper cut into the legs both lightens the look as well as matches the mid-century design of the desk.

The one place where I really splurged for the desk was getting just enough zebrawood to face the drawers. It is completely unnecessary and it certainly drove my cost up more than oak would have, but the contrast in the grain compared the much more mellow grain of the oak makes the drawers pop just enough. If you’re going to build this desk, I strongly recommend using the drawer fronts to make the design your own.

Speaking of building the desk, if you’re interested in building one for yourself, detailed plans can be purchased to guide you through the process. Twenty-seven pages of detailed drawings, tips, tricks, and lessons learned along the way will guide you to build this desk.